During the last 50 years many experiments have been performed1 to prove that the velocity of light is constant and does not depend on the velocity of the source from which it is emitted. A paper published recently2 claims that these experiments do not, in fact, prove the constancy of the velocity of light) but rather they suggest the possibility that light emitted from a moving source does not travel directly to the measuring equipment; instead, it may be scattered by electrons in the neighborhood of the source, so that it is the scattering electron that must be regarded as the moving source. In an experiment which appears to support this theory, the interference fringes produced by light passing through moving glass were observed.3 These fringes showed a shift with respect to those produced when the glass was at rest. According to the author this proved that the velocity of the glass which scattered the light added on to the velocity of the light, and it cast doubt on all previous experiments.

In the opinion of Fox,2 "there may not exist any sure experimental evidence for the second postulate of special relativity." To overcome the problem of the scattering of light it would, according to Fox, be worthwhile to test the second postulate, using gamma rays. The only experiment which measured whether the velocity of gamma rays is dependent on the velocity of the source used gamma rays from bremsstrahlung4; but the conclusions are not sufficiently clear.2 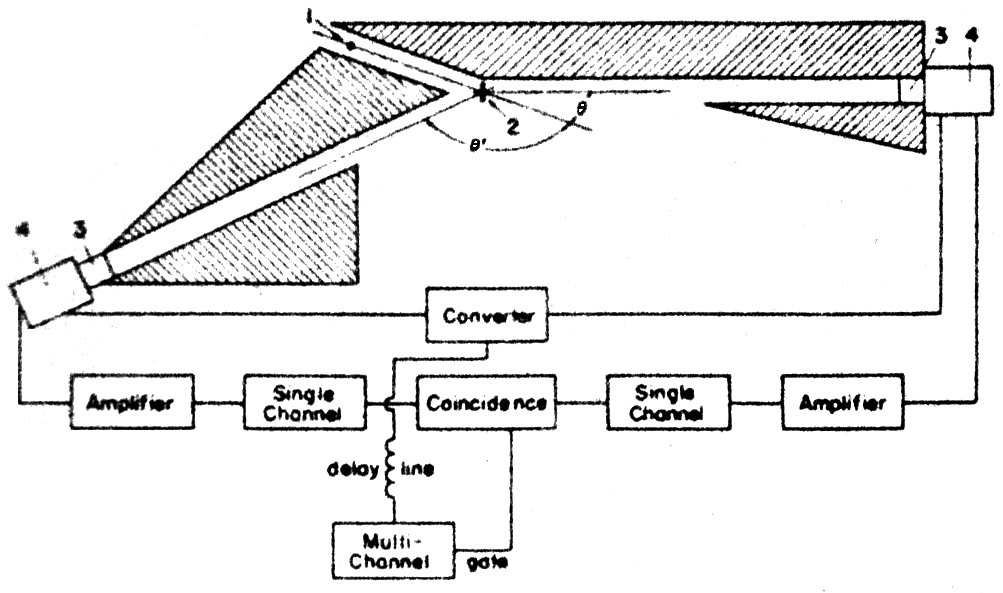 The stability of the electronic system was tested before and after the experiment and found to be less than one channel, i.e., less than 0.25 nsec. The multichannel analyzer was time-calibrated by measuring the annihilation at rest taking different distances between the source and the crystals.

Since no experimental work has been done on the relation between positron energy and the angles θ and θ' of the gamma rays, we calculated these angles for positron energies between 200 keV and 600 keV. The question which arises is how this calculation should be performed. The accepted way is to transform from the center-of-mass system, in which the gamma rays move at an angle of 180°, to the laboratory system. As relativistic velocities are involved, a Lorentz transformation should be performed, but if the second postulate of the special theory of relativity is being tested one cannot base oneself on it and must revert to the Galilean transformation, that is, the classical addition of vectors. The former method gives an angle of 155.5° for Eβ=300 keV, and the latter gives 157° (for θ=20°). The angles subtended by the counters at the point of annihilation were together 6° in our experiments (between 152° and 159°), so that the problem of which transformation to use does not arise.

Table I gives the velocities of the gamma rays in the θ and θ' directions for different positron energies, as calculated by classical vector addition.

The upper curve in Fig. 2 gives the spectrum of times recorded for annihilation at rest, i.e., recorded at 180°. The position of the peak is indicated by the dashed line on the right. If in the case of annihilation in flight the velocity of the gamma rays were constant, the peak would occur in the same place. The dashed line on the left marks the place where the peak would be if the velocity of the gamma rays added on to the positron velocity by classical vector addition. The lower curve gives the experimental results obtained for annihilation in flight. 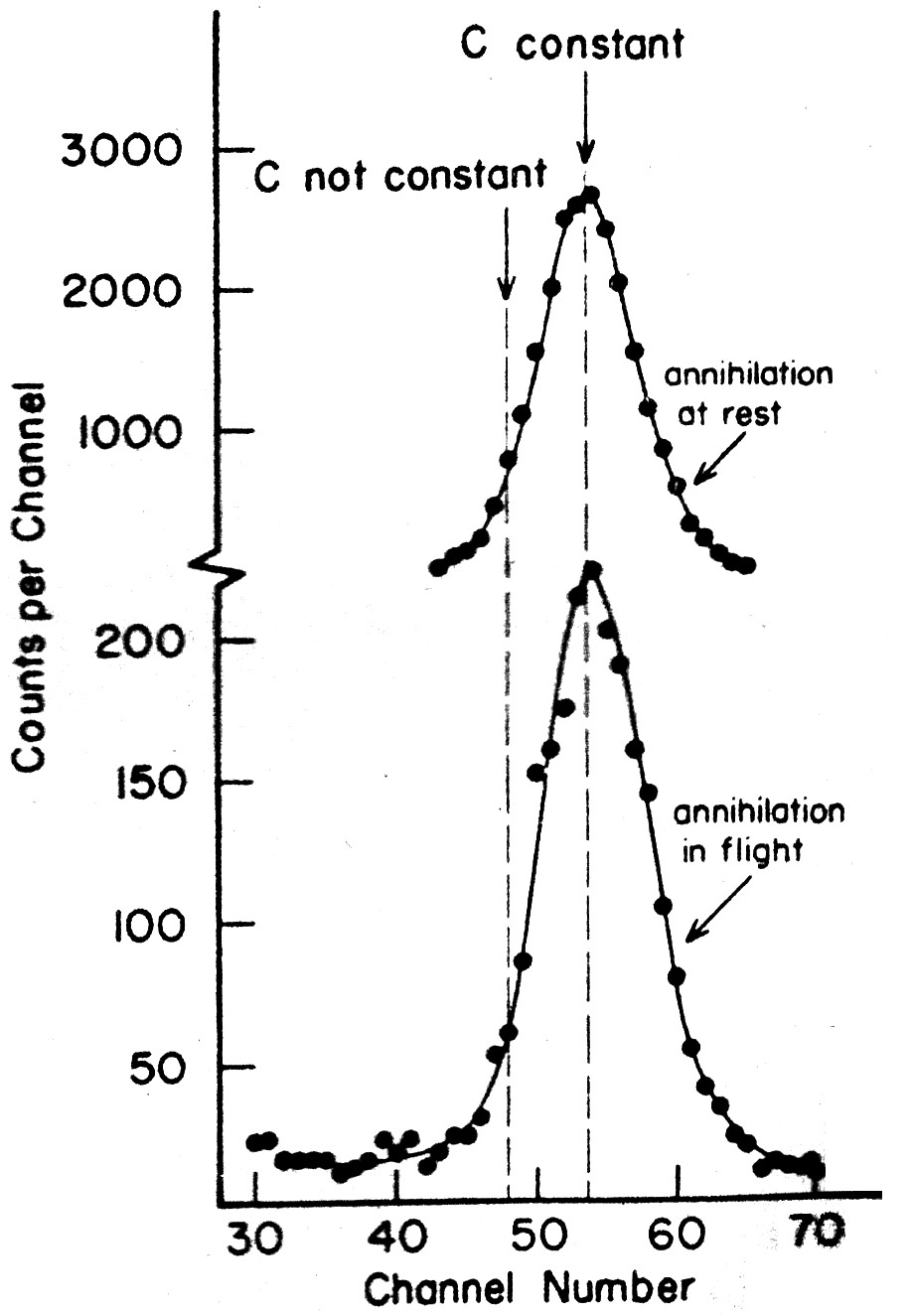 FIG. 2. Time spectrum of annihilation in flight and at rest. Dashed lines show position of peak for c constant and c not constant. The peak of the lower curve would have coincided with the dashed line on the left if the velocity of the gamma rays added on to the velocity of the positrons.

In order to check that annihilation in flight was being measured and not annihilation at rest, a second measurement was performed without the Perspex and no peak was obtained at all. We also calculated that the number of counts fitted well with what is known of the number of annihilations in flight.5,6 The experiment was repeated four times under four different sets of conditions (varying θ, θ', and channel number), and the same results were found.